A stunning new discovery has been made in Nazca, Peru that some are speculating could be physical, tangible proof of alien life on Earth.

Although extensive research must be done before conclusions are made, the unearthed mummy looks like something you’ve never seen before—at least, not outside of a sci-fi movie: 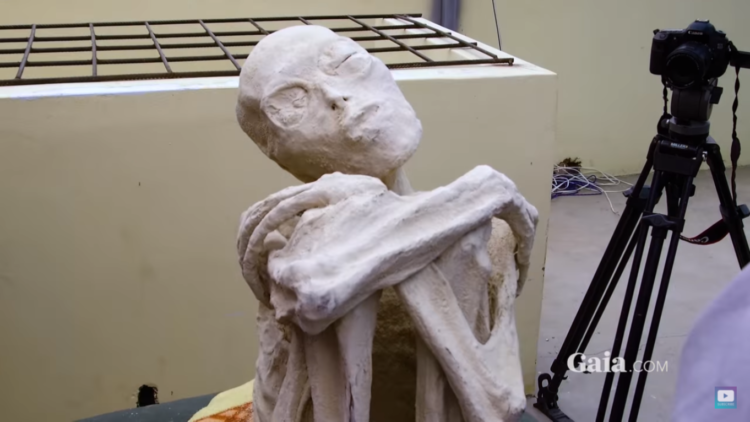 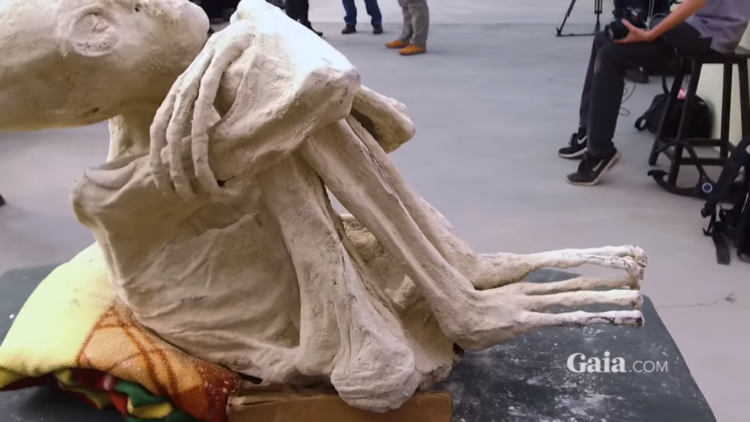 3 fingers, 3 toes, and an unusually enlarged skull have made this finding extremely enticing to those who “want to believe”—and now a formal scientific investigation has been launched to determine if it’s real—and what it is.

Nazca has been the site of many theories because of what’s called the “Nazca Lines”, a series of uniquely-shaped indentations spanning hundreds of feet, etched with incredible accuracy and with no known source: 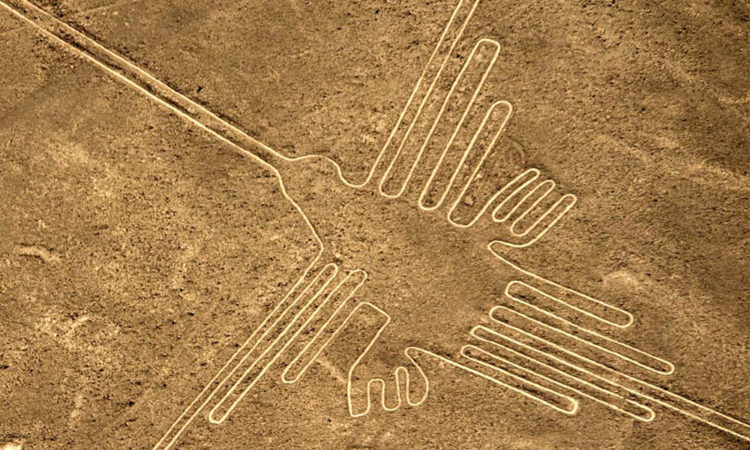 Speculations abound as extraterrestrial life is often the most obvious conclusion for some.

But now, the organization Gaia has launched an investigation/documentary around the mummified corpse, bringing scientists with them, including Dr. Konstantin Korotkov, PhD of Saint-Petersburg University.

“The three fingers is a characteristic that makes it unique and unforgettable,” says Dr. Jose de Jesus Zalce Benitez, a forensic expert from the National School of Forensic Medicine of Mexico, “and that is what exactly makes us think that this does not belong to a human species.”

According to Dr. Korotkov, a very important aspect of the mummy is its large cranium, saying that it was not “our round skull” but instead very “protruded”.

The documentary trailer released recently, which has garnered over 500,000 views so far, includes what appear to be x-ray photos of the mummy, revealing its underlying skeletal structure: 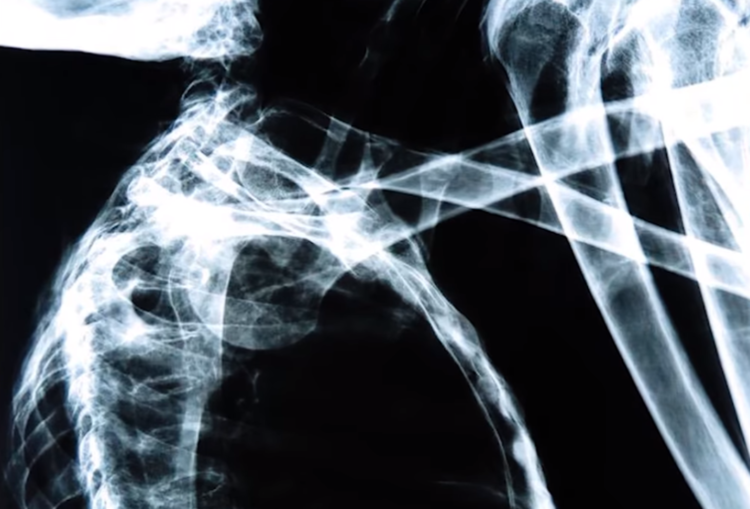 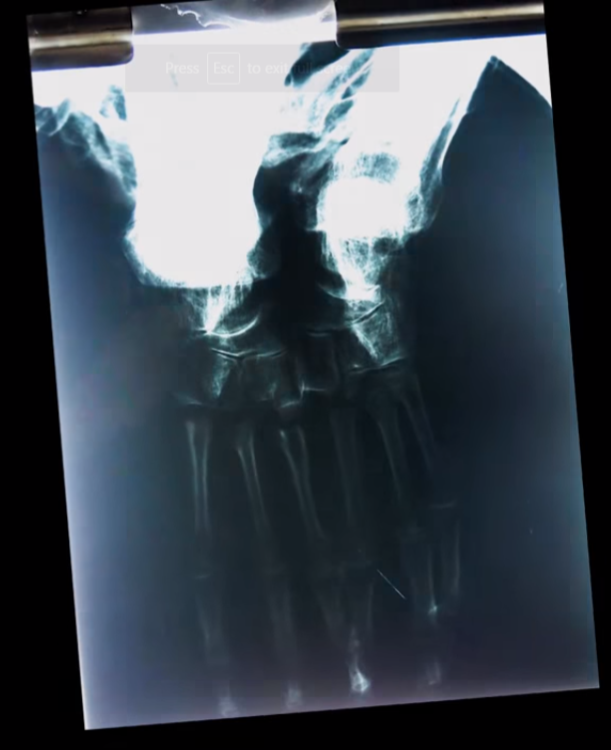 Whether or not the mummy is actually some form of extraterrestrial life or ancient extinct species remains to be seen, but that’s the purpose of the investigation and documentary:

But what of the mummy itself? It’s claimed that it was found in the Nazca region of Peru. This makes some sense as similar human mummies have been found in the region (which is very dry, and so bodies protected from the elements are naturally preserved by drying out).
https://en.wikipedia.org/wiki/Chauchilla_Cemetery

The bodies are so remarkably preserved due mainly to the dry climate in the Peruvian Desert but the funeral rites were also a contributing factor. The bodies were clothed in embroidered cotton and then painted with a resin and kept in purpose-built tombs made from mud bricks. The resin is thought to have kept out insects and slowed bacteria trying to feed on the bodies.[1]

The nearby site of Estaquería may provide clues to the remarkable preservation of the numerous bodies in these cemeteries. At that site, archeologists found wooden pillars initially thought to have been used for astronomical sightings.[5] However, it is now believed that the posts were used to dry bodies in a mummification process.[2] This may account for the high degree of preservation seen in thousand-year-old bodies which still have hair and the remains of soft tissue, such as skin.

The fetal pose of the three-fingered mummy is also consistent with the typical pose of genuine mummies, which were bound that way in bundles of cloth 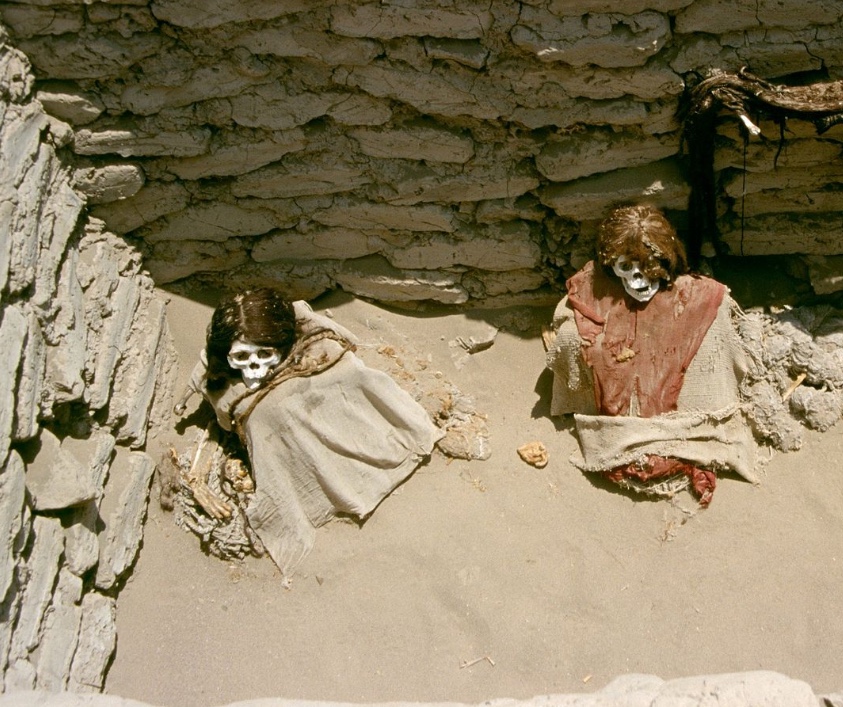 And ancient mummies are continuing to be found in Peru:
http://www.peruthisweek.com/news-inca-mummy-found-in-southern-peru-100783 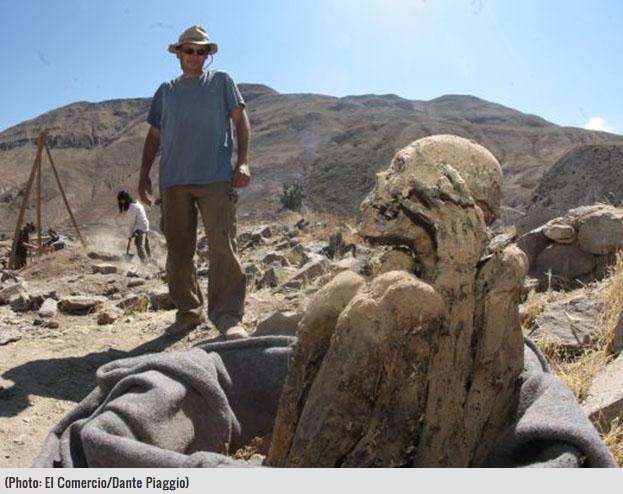 Among the bodies found at the Moqi tomb complex is a middle-aged man who researchers believe to be ethnically Incan.

So what is this three-fingered mummy? I can think of a number of possibilities that I’ll give it what seems like the more likely order to me.

Suspicion of a modern fake comes in part from the people involved:

Jaime Maussan is a UFOologist – a journalist well known in UFO circles as someone who hypes evidence-free claims of aliens, etc. He appears to be the person who led Gaia to the mummy.

Jay Weidner of Gaia has a long history of making esoteric videos like “chemtrails and the sun“, and does not seems like a neutral documentary filmmaker. He holds some quite strong unscientific beliefs, like:

For over 6,000 years humanity has not been alone. Inserting themselves into positions of power and using subtle means of manipulation, off-planet rulers (the Archons) have been guiding our history for their own gain. Their greatest fear is that we wake up and wrest control away from them by taking responsibility for ourselves. Jay Weidner reveals who these Archons are, how they retain power and what we can do to escape the Archon trap in this interview with George Noory originally webcast June 16, 2014.

Dr. Konstantin Korotkov appears to only be an expert in pseudoscientific topics like a form of Kirlian photography, which he uses to investigate the physical manifestation of the soul leaving the body.

Dr Jose de Jesus Zalce Benitez has worked with Maussan before, most famously with “Roswell Slides”, where he performed extensive analysis of a photo that he said was of a non-human body at Roswell, but which turned out to be a mummified child on a museum shelf in South America. So he does not have a very good track record.

M.K Jessie appears to be a real radiologist but really gives very little information other than saying that based on the small images she has been given she think it’s unlikely to be a modified human skeleton.

Natalia Zaloznaja (probably better transliterated as Natalya Zaloznaya, Наталья Залозная) – the supposed “head of image analysis” may well be a real doctor, but does not say anything of note.

So simply based on the track record of the people involved, I would have to put “fake” as the most likely explanation in the absence of additional independent evidence.