Mystic, anarchist, occultist and traveller, Louise Eugenie Alexandrine Marie David was born in Paris on the 24th of October 1868. The atmosphere at home during her childhood was, by all accounts fairly austere and her parents strict. As a child her favourite books were the science fiction fantasies of Jules Verne, and, perhaps as a form of rebelliousness against her severe upbringing, she promised herself one day to outdo the heroes of these stories. One of the first indications of this sense of freedom and adventure was her running away at the age of five, just before the family left to move to Brussels. Only after a widespread search was she caught and marched to the police station by a gendarme, whom she scratched for his trouble.

By the age of fifteen Alexandra had already begun to study and had also obtained her first occult reading matter, an English journal produced by the Society of the Supreme Gnosis, sent to her by a woman called Elisabeth Morgan.

That summer her family spent the holidays in Ostend, but Alexandra wanted something more interesting and walked into Holland and crossed over to England. In London she found Mrs. Morgan, who immediately persuaded her to return home.
In 1885, when she was seventeen, Alexandra again left home, this time travelling alone by train from Brussels to Switzerland. She then hiked alone over the Saint-Gotthard Pass through the Alps to the Italian lakes. Her distraught mother had to travel to the shores of Lake Maggiore and retrieve her by then penniless daughter.

The following year she entered the Royal Conservatory of Brussels, and three years later won first prize for her soprano voice. In 1888 she went to study in London, and stayed cheaply and securely at the Society of Supreme Gnosis. Here, Elisabeth Morgan introduced her to Madame Blavatsky, the founder of the Theosophical Society, whose esoteric ideas had a significant influence on Alexandra. Alexandra returned to Brussels the next year to carry on her studies of music and voice. In her early twenties she studied at the Sorbonne and became a political radical, keeping a pistol and ammunition in her Paris room. In 1891, when she was twenty-three, disguised as a man, she joined a Paris cult led by Sri Ananda Saraswati, who used hashish to obtain visions.

That same year an inheritance from her godmother enabled her to for more than a year through Ceylon and India. Fascinated by the mystery and magic of India and the eerie melodies of Tibetan music Alexandra knew she would return again one day. At Adyar, near Madras, she joined the Theosophists under Annie Besant, and studied Sanskrit with them. At the holy city of Benares, on the Ganges, she studied yoga with the great Swami Bhaskarananda (of Varanasi), who lived the whole year in a rose garden. She was fascinated by India and the Tibetan music she heard there, but was forced to return to Brussels when she ran out of money.

In 1899, Alexandra composed an anarchist treatise with a preface by the French geographer and anarchist  Élisée Reclus (1820-1905). Publishers were, however, too terrified to publish the book, though her friend Jean Haustont printed copies himself and it was eventually translated into five languages. From 1894 to 1900 she lived as an aspiring actress/singer, but by 1900 her career was going nowhere and she accepted a job with the municipal opera in Tunis. Here she met Philip Neel, a thirty-nine-year-old bachelor who worked as a railway engineer. They married on 4th August, 1904, and took a villa at La Goulette next to the Mediterranean Sea.

In 1911 she undertook her second voyage to India, and arrived at Pondicherry – all that remained of French India – where the police kept an eye on her due to her extremist tendencies. By 1912 Alexandra was living in Calcutta,  where on one occasion, annoyed by the behaviour of fakirs, she lay down on a bed of nails, and explained to a passing British tourist that she needed a rest and was lucky to find a bed. She also took part in Tantric rites, on one occasion the ritual of the so-called ‘five forbidden substances’: meat, fish, grain, wine, and sexual union.

She was progressing quickly with her Sanskrit studies, and was so noted a figure at holy Benares as to be honoured by the College of Sanskrit  there with an honorary doctorate of philosophy, a first for a European woman.

When she arrived in the small Himalayan state of Sikkim, in 1912, she immediately felt at home, and increased her knowledge of Buddhism by visiting all the important monasteries there. She also met Prince Sidkeong of Sikkim. It was here that she became the first European woman to meet the Dalai Lama, at the time in exile. He told her to learn the Tibetan language. She made great progress in this and met the Gomchen (great hermit) of the monastery of Lachen. He was an impressive figure wearing a five-sided crown, a rosary necklace of 108 pieces of human skull, an apron carved of human bone, and a magic dagger. During the next two years Alexandra met with the hermit and learnt the art of telepathy from him. She also attempted ‘tumo’ breathing, the Tibetan art of generating body heat to keep warm in freezing conditions.

Two years later she met a young man called Aphur Yongden, and a friendship which was to last a lifetime developed between them; he eventually became her adopted son. They both moved to a cave hermitage in almost 4000 metres up in the mountains of northern Sikkim, close to the border with Tibet, which it was forbidden to cross into. The solitude in this desolate cave was exactly what a hermitage should include but would definitely not have any of the amenities of life in civilization. They would have to fend for themselves finding food and safety in a land that was not only dangerous but also forbidden. Their ultimate goal was to enter the famed holy city of Lhasa, but Tibet was rarely visited by Europeans at that time, let alone European women. The first European woman to visit Tibet was Annie Royle Taylor, an English explorer and missionary, who arrived there in 1892, and stayed for eight months. Nevertheless Alexandra and Yongden did so twice, the result being expulsion from Sikkim in 1916.

Because of the war it was impossible to return to Europe, so they travelled to Japan. In a letter to her husband at the time Alexandra confessed her feelings for the Himalayas and Tibet –

‘Truthfully, I am “homesick” for a land that is not mine. I am haunted by the steppes, the solitude, the everlasting snow and the great blue sky “up there”! The difficult hours, the hunger, the cold, the wind slashing my face, leaving me with enormous, bloody, swollen lips. ‘

The Creation of a Tulpa

At Kum Bum David Neel apparently managed to create a ‘tulpa’, a psychic phantom produced by intense concentration of thought and the repetition of relevant mystical rites over a period of months. She created a stout, phantom monk, whose form gradually became less ghost like and more life like. Before long the phantasm was accompanying her on her travels and behaving almost like a normal human being. However, he gradually began to change from a fat, jolly monk into a leaner more sinister character, and started to escape from her control. The tulpa was seen by others in her travelling party, proving it to have an objective existence outside of Alexandra’s own mind, but, to avoid serious problems with her creation, Alexandra decided to ‘dissolve’ it. But this proved extremely difficult as the phantom clung desperately on to his life; she only succeeded in getting rid of him after six months of hard mental concentration.

The Strange Journey to Lhasa

Soon after this, in February 1921, Alexandra and Yongden left all their belongings and, disguised as beggars, set off on their journey to forbidden Tibet, and the holy city of Lhasa. The journey was to last an epic three years, and the details are recounted in Alexandra’s book My Journey to Lhasa, first published in English in 1927. The route, as the crow flies, was 3,900 miles, but Alexandra’s expedition was a different matter. She was twice intercepted and often had to change her plans.

At one stage, in early 1923, she went as far north as the Gobi Desert, from where she returned via Kanchow and Lanchow, south through China, and westwards into southern Tibet. Altogether her journey covered around 8,000 miles on horse, sedan chair and foot. Along the way bandits were a menace, as were tigers and leopards.

On the journey they met a strange phenomenon known as a ‘lung-gom’ runner. First seen as a distant moving black spot, this rapidly changed into a man running towards them at an incredible speed. Alexandra was warned not to stop the speeding lama or it would kill him. When she looked closely at him she could see that he his expression was extremely relaxed and staring fixedly at an imaginary far away object. His steps were as regular as a pendulum, though he didn’t seem to run but progressed by great leaps like a bouncing rubber ball. He held a magic dagger in his right hand which he seemed to be using as a staff, though it was high off the ground. Apparently, such runners would carry on this amazing feat for days without stopping for food or water. Alexandra was told that years of meditation were required before undertaking this feat.

In February 1924, Alexandra and Yongden eventually arrived unobtrusively in the territory of Lhasa, where they remained for two months visiting the holy city and the surrounding monasteries. While at Lhasa Alexandra would go down to the river every morning to wash, something unusual enough to be noticed and reported to the governor of the city. Since the couple were in Tibet illegally this could have resulted in serious trouble, but luckily the governor did not act immediately on the tip and Alexandra and Yongden were long gone when the alarm was raised. 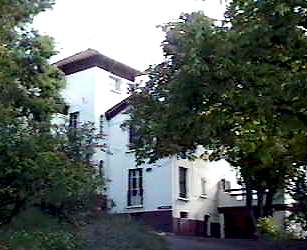 Alexandra returned home to France in 1925, and was a huge success in Paris. After separating from Philip she settled in Digne, Provence, in 1928, and built ‘Samten-Dzong’, which she called her ‘fortress of meditation’. She published many books about her travels from here and also went on lecture tours throughout Europe.

In 1937, at the age of 70, Alexandra set off for China, accompanied by Yongden, via the Trans-Siberian railway. Unfortunately they arrived there during the violent war with Japan, when famine and disease were rife, though she wrote and studied despite the conditions and went on to India in 1946.

She returned to France and settled once again at Digne. In 1955 Yongden, 30 years younger than Alexandra, died whilst staying at Samten-Dzong. Alexandra worked constantly and had her passport renewed at the age of 100, much to the surprise of the officials at the passport office. She was awarded a gold medal by the Geographical society of Paris and in 1969 was made a Knight of the Legion of Honour. In addition, in Tibet, she was granted the rank of lama. She died on 8th September, 1969.

On the 28th February 1973, the ashes of Alexandra David-Neel, the first western woman to enter Tibet, along with those of her adopted son, Lama Yongden, were scattered over the waters of the Ganges at the holy city of Benares.On 15 October, 1982, and from May 21 to 26, 1986, His Holiness the 14th Dalai Lama (Tenzin Gyatso) paid her tribute by coming to Digne to visit her house. Samten-Dzong now contains a museum and is the head office of The Alexandra David-Neel Cultural Centre. Visitors to the museum can see Alexandra?s arm chair, cane, a necklace of gold coins from Prince Sidkeong of Sikkim, and meditation beads from the Gomchen of Lachen.

The Peyote Dance by Antonin Artaud

Michio Kaku: The Multiverse Has 11 Dimensions